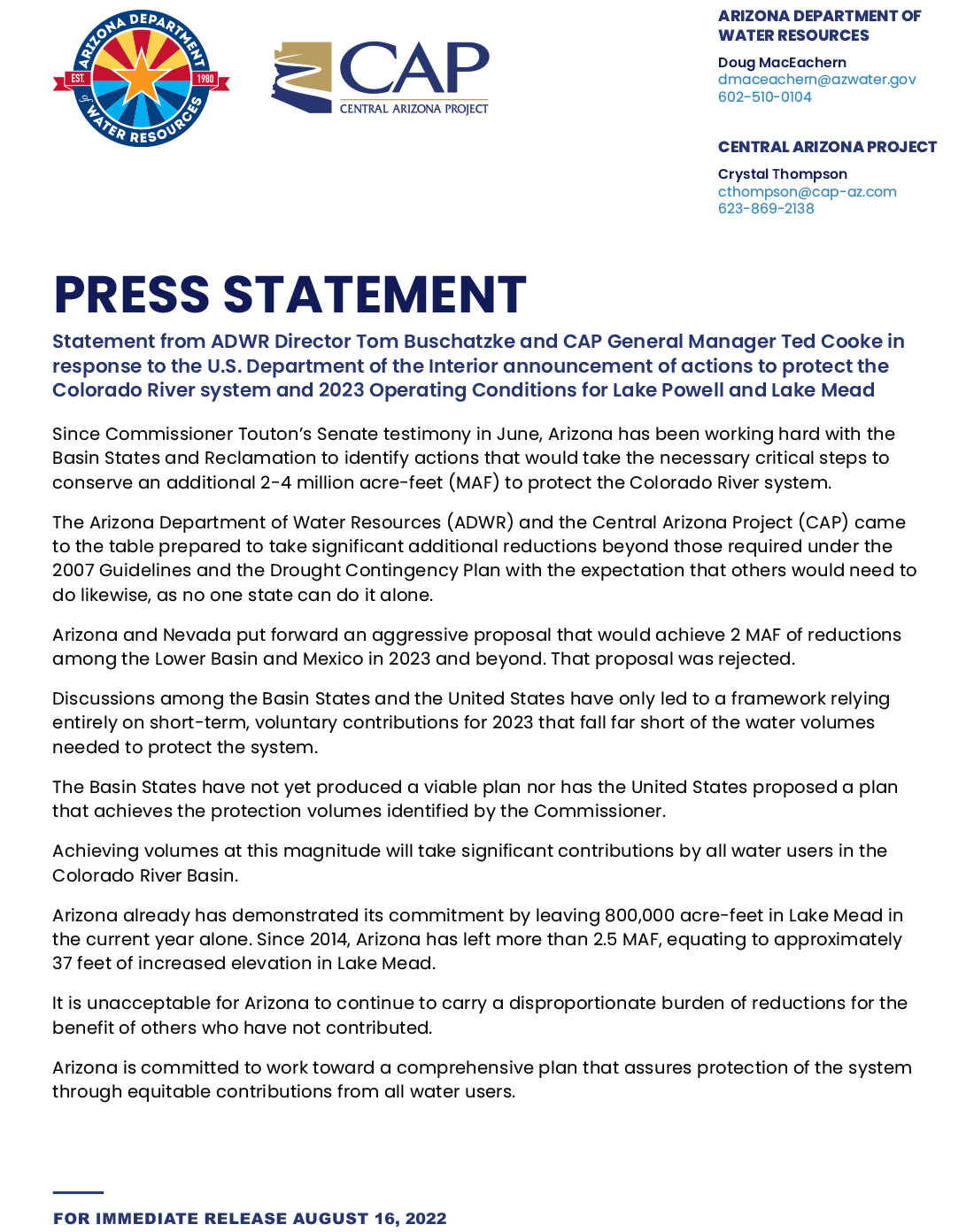 ADWR and CAP “came to the table prepared to take significant additional reductions beyond those required under the 2007 Guidelines and the Drought Contingency Plan with the expectation that others would need to do likewise, as no one state can do it alone,” the two water leaders wrote on August 16.

Their declaration came in the wake of a stunning statement in June by Bureau of Reclamation Commissioner Camille Touton, who said the Colorado River States would need to come up with a plan to leave at least an additional two million acre-feet of water in the system, on top of all other conservation measures already undertaken, by mid-August.
In testimony before a Senate panel on June 14, the Commissioner said that if the Basin States failed to come to agreement within the two-month timeframe, the federal government would “protect the system.”
In their August 16 statement, Buschatzke and Cooke said that over the subsequent two months they had put together an "aggressive proposal" to reach that 2-4 million acre-foot threshold: 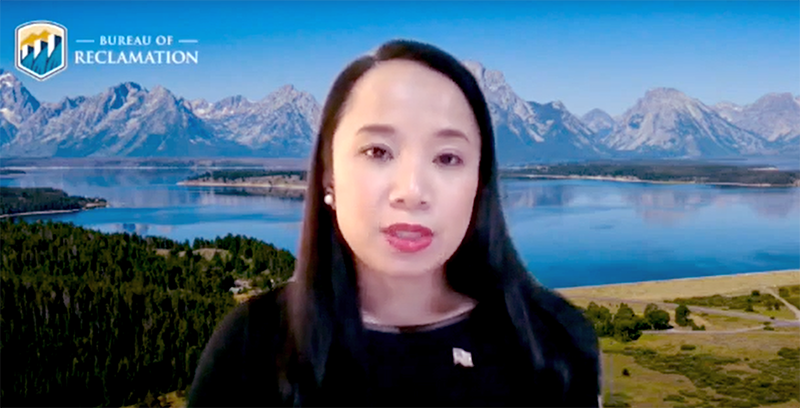 “Arizona and Nevada put forward an aggressive proposal that would achieve two million acre-feet of reductions among the Lower Basin and Mexico in 2023 and beyond. That proposal was rejected.”

Director Buschatzke and General Manager Cooke released their statement in the wake of the failure of the seven Colorado River Basin states to provide the Department of the Interior with a united plan to help stabilize Lake Mead and Lake Powell.

Noting that Arizona already has left 800,000 acre-feet in Lake Mead in the current year alone, Buschatzke and Cooke concluded that “it is unacceptable for Arizona to continue to carry a disproportionate burden of reductions for the benefit of others who have not contributed.”

At the same time, they reaffirmed Arizona’s commitment “to work toward a comprehensive plan that assures protection of the system through equitable contributions from all water users.”

Director Buschatzke expressed his appreciation for the Commissioner’s commitment to taking action to defend the vital river system:

“By her comments today, the Commissioner has rendered it clear that the powerful impact of a decades-long drought and a changing climate requires us now to do much, much more, and to do it quickly,” he said. 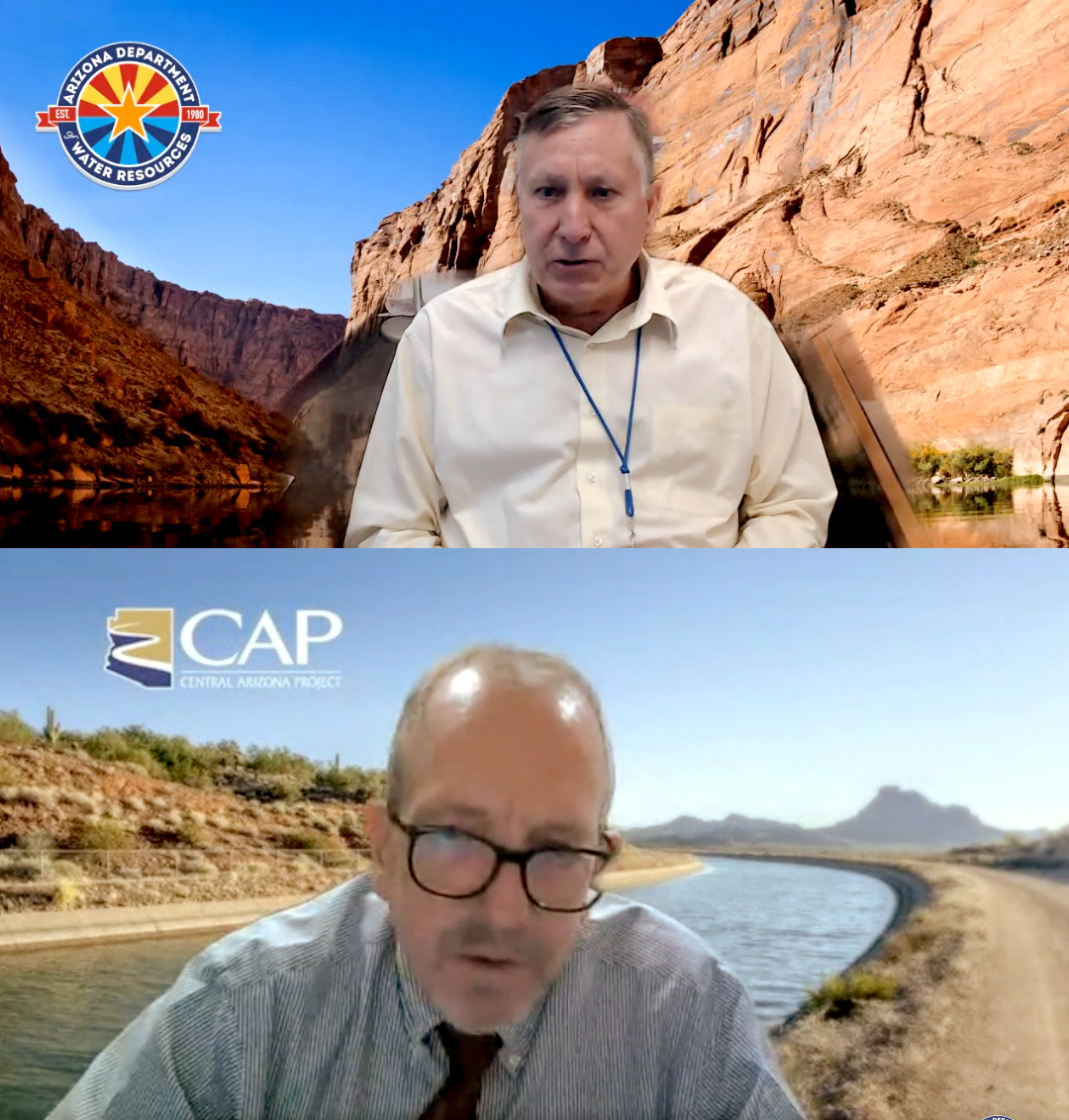 Arizona and others in the Colorado River Basin have conserved substantial volumes of water since 2014. Taken together, those efforts have resulted in an additional 70 feet of elevation at Lake Mead.

On August 16, the Bureau of Reclamation released its August 24-Month Study of anticipated conditions on the river system, which resulted in the first-ever declaration of a “Level 2a Shortage Condition.”

The Bureau projected an elevation of 1,047.61 feet at Lake Mead at the start of the 2023 Water Year. That falls within the Drought Contingency Plan elevation band of 1,045 and 1,050 feet, which stipulates required shortage reductions and water savings contributions for the Lower Basin States and the Republic of Mexico.

For Arizona, a Tier 2a shortage condition means that the State will have to leave a total of 592,000 acre-feet of its 2.8 million acre-foot annual allocation in Lake Mead. That represents an increase of 80,000 acre-feet over the amount that Arizona has left in Lake Mead in 2022 under a Tier 1 condition.

The 2-4 million acre-foot cuts sought by Commissioner Touton come in addition to the Tier 2a cutbacks, which are the result of long-standing shortage agreements among the Colorado River States - agreements that in the current emergency have proved insufficient to the task of stabilizing the river system.