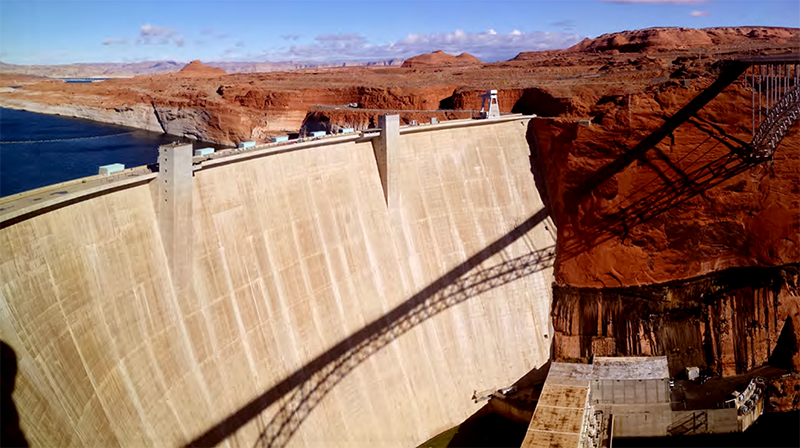 With Lake Powell’s capacity at roughly 25 percent and its surface levels descending toward levels that may threaten power production at Glen Canyon Dam, “good” news about conditions at the nation’s second-biggest reservoir is hard to come by.

The best we can muster is this: The rate of capacity loss in the reservoir due to sediment accumulation hasn’t changed since the dam was completed in 1963.

A new report released March 21 and compiled by the U.S. Geological Survey (USGS) in cooperation with the Bureau of Reclamation confirms Lake Powell has lost 4 percent of its potential storage capacity since 1986, when the last survey was completed. All told, the reservoir has lost 6.79 percent of capacity since 1963, when the diversion tunnels of Glen Canyon Dam closed and the reservoir began to fill. 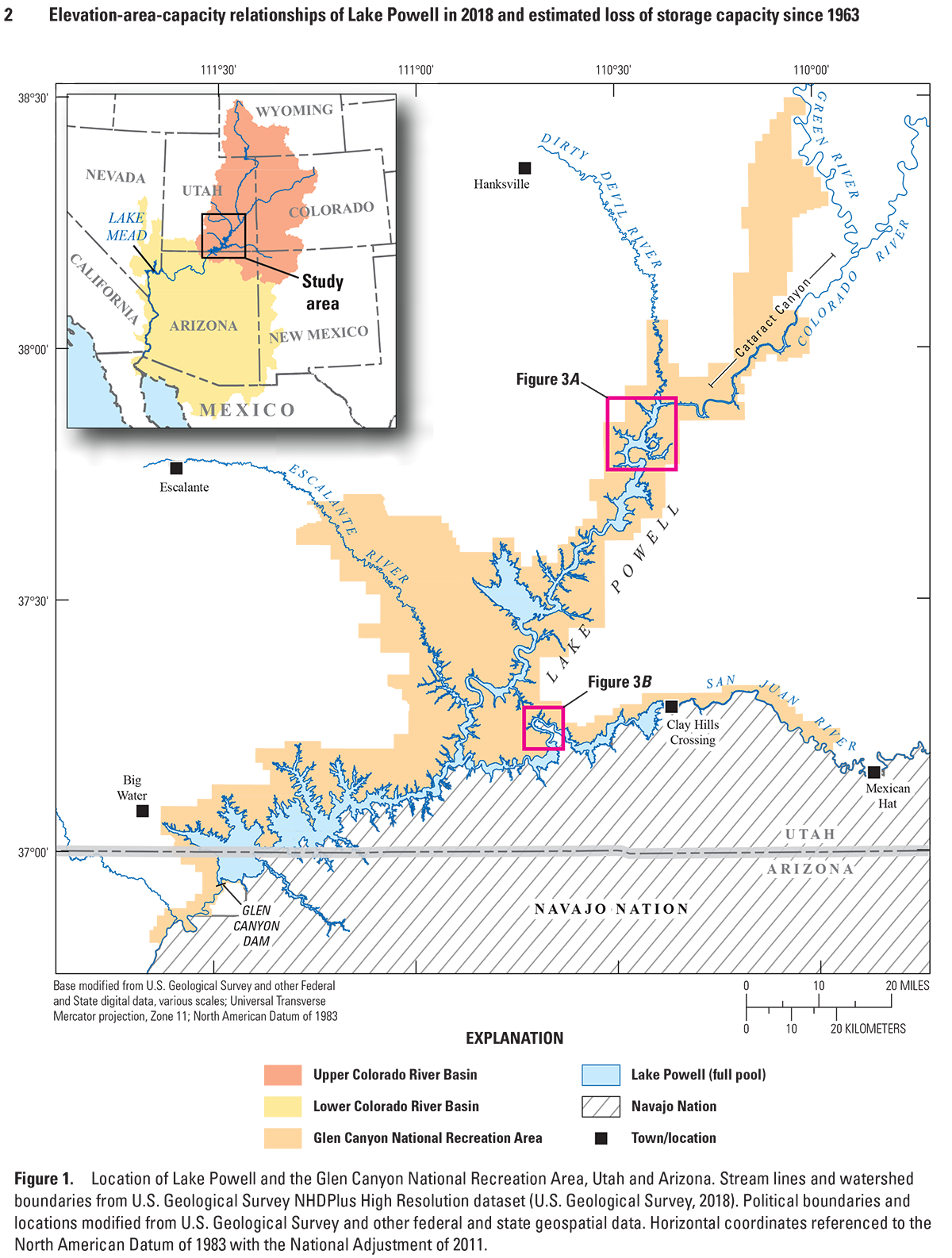 The loss is largely due to sediments continuously transported by the Colorado and San Juan rivers, which settle on the reservoir bottom.

The report, titled “Elevation-Area-Capacity Relationships of Lake Powell in 2018 and Estimated Loss of Storage Capacity Since 1963,” can be found here.

The Colorado River system is managed by the federal Bureau of Reclamation. Assistant Secretary for Water and Science Tanya Trujillo noted that it is “vitally important” that river managers “have the best-available scientific information like this report to provide a clear understanding of water availability in Lake Powell as we plan for the future.”

Added the Assistant Secretary: “The Colorado River system faces multiple challenges, including the effects of a 22-year-long drought and the increased impacts of climate change.”

Lake Powell’s storage capacity has been calculated twice before this study.

Pre-Glen Canyon Dam elevation-area-capacity tables were calculated from contour maps in 1963, and a reservoir-wide, range-line bathymetric survey was conducted in 1986. 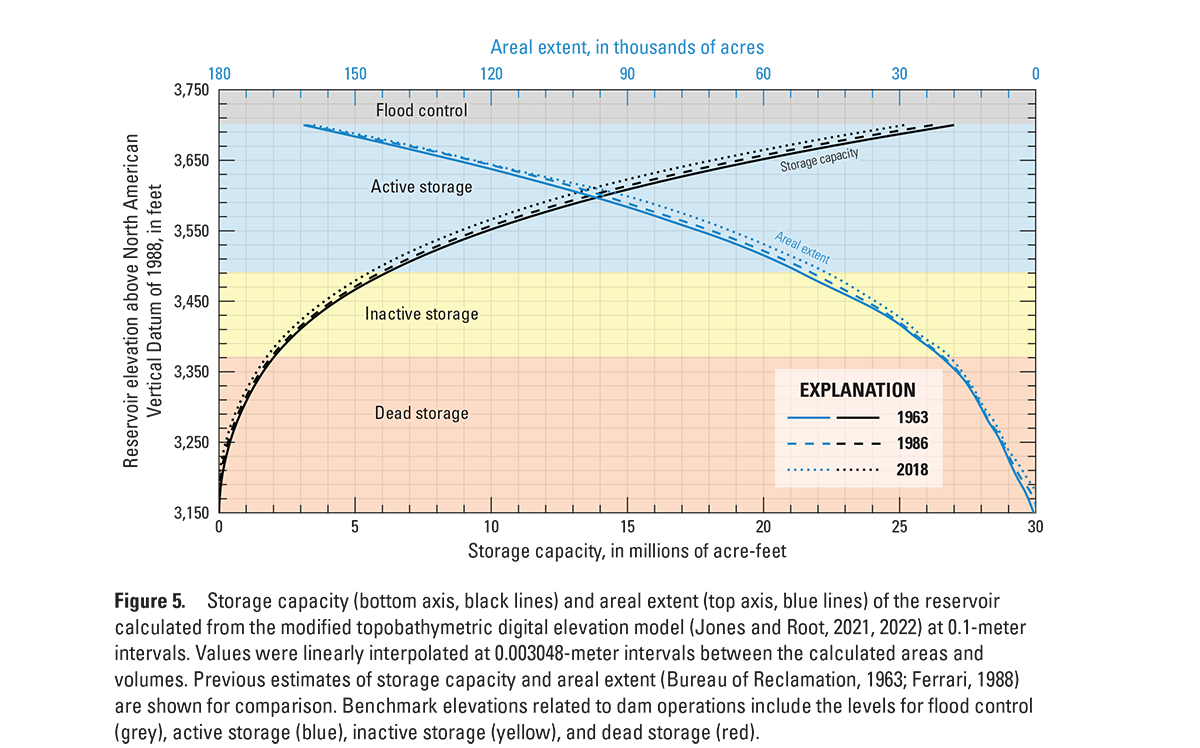 “The new surveys show that the rate of reservoir storage capacity loss observed between the three surveys has remained consistent," said Dan Jones, USGS scientist and co-author of the study.