As the saying goes, very few things in life are guaranteed. Nevertheless, that short list of life’s guarantees just got a wee bit longer:

The chances that the panel of experts that analyzes Arizona’s drought status would recommend a “drought’s over!” finding this fall were about as close to zero as you could get. 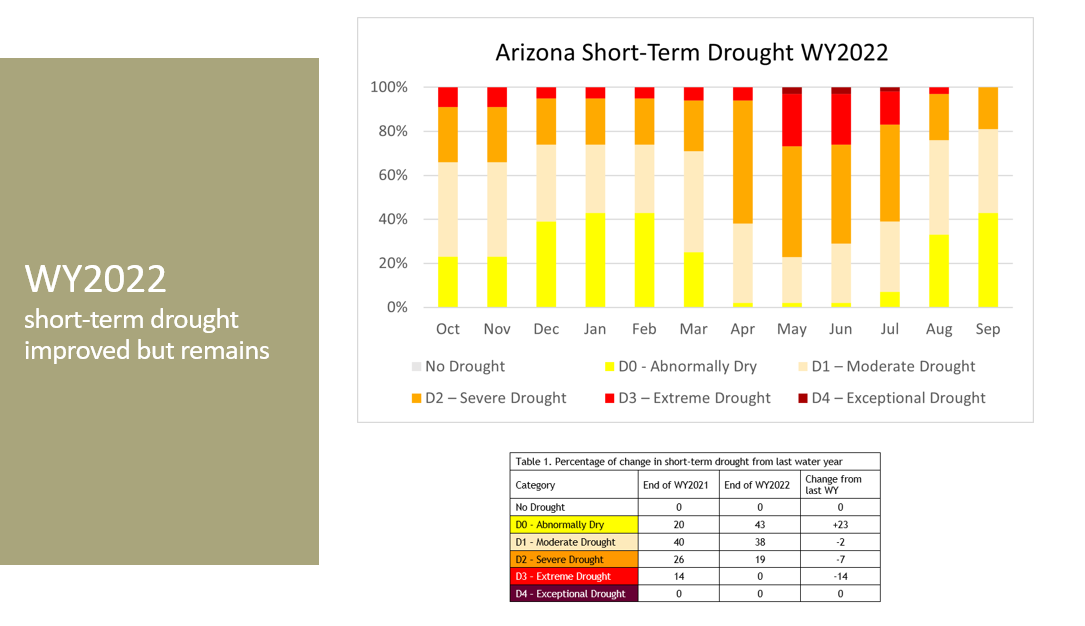 And so it came to pass. Arizona’s Drought Interagency Coordinating Group has met twice annually since 2006 and recommends to the state’s Governor whether to continue with our official drought declaration. At its most recent gathering on Nov. 10, it did just that, recommending that the Arizona Governor continue declaring a statewide drought emergency.

“From my standpoint, we heard a couple of plusses,” said ADWR Director Tom Buschatzke, who noted in particular a report that in-state water supplies appear to be in good shape.

“But from my viewpoint, the negatives far outweigh the positives, in particular Colorado River water supplies are decreasing.”

Another no-surprise fact: In over two decades, the Coordinating Group, which gets input from over 20 federal and state agencies, has never issued a recommendation that the Governor should declare Arizona out of drought. It’s been that kind of 21st Century for the Southwest. 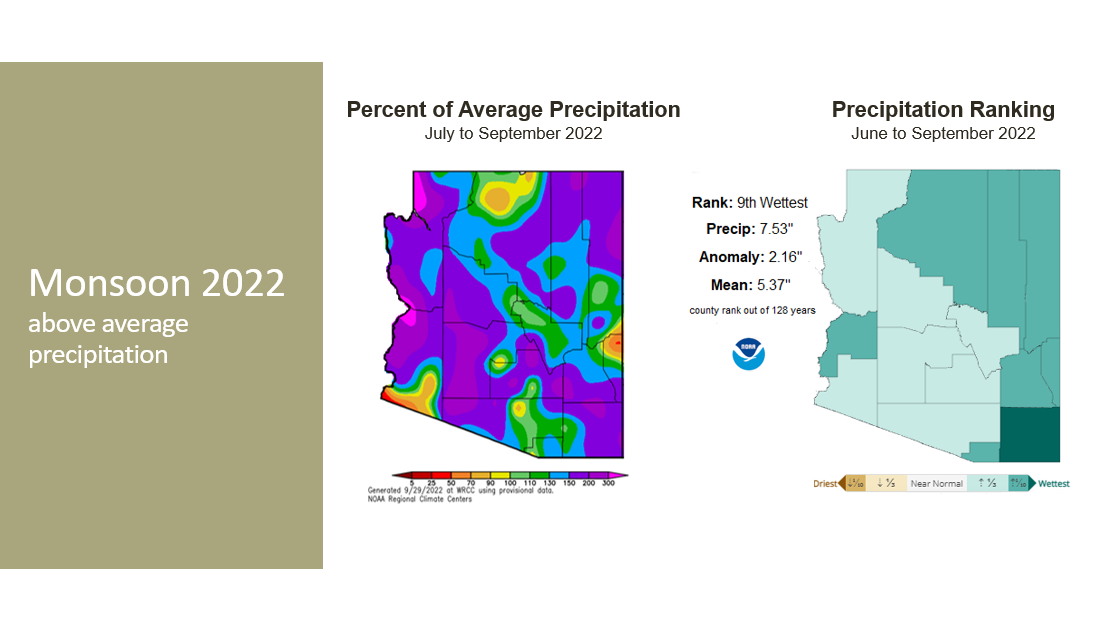 Dr. Erinanne Saffell, the Arizona State Climatologist, provided a summary of climate conditions in the Southwest over the previous six months. Considering the near-record nature of the summer monsoon season in the region, Dr. Saffell’s presentation easily qualified as the meeting’s most upbeat.

While she said she was hesitant to concur with predictions that the 2022 summer monsoon would prove above average, those analyses “were absolutely verified,” she said.

“This was the ninth-wettest June-to-September on record,” said Dr. Saffell.

Dr. Saffell’s report wasn’t all good news. The statewide precipitation level for the previous water year was slightly below average, at 11.39 inches (long-term average 12.26 inches). And last April and May were the driest April and May on record for the state, with no measurable precipitation. 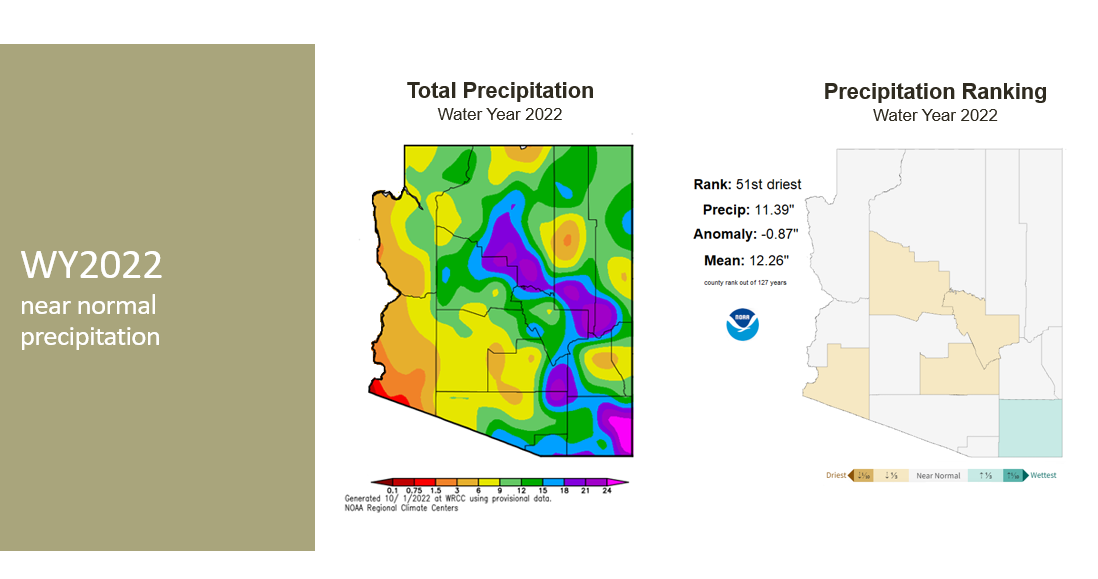 Mark O’Malley, lead forecaster for the National Weather Service, then gave an outlook for the coming winter water season.

It wasn’t pretty. The “La Niña” conditions in the eastern Pacific Ocean, which have a strong impact on precipitation in the western U.S., will continue for a third straight season. La Niña conditions generally result in drier than average conditions in the American Southwest.

“Since last winter, we have not really relinquished these La Niña conditions,” said O’Malley. “Even in the last month or so they have actually enhanced across this area.”

“We are confident that for at least the first half of the winter, we will be in La Niña.”

On a more hopeful note, O’Malley said there was some “strong confidence” that by Spring 2023, conditions in the Pacific may change from a La Niña to “a more neutral condition,” which can mean next spring may be cooler and wetter than in recent years.

In terms of precipitation over the next six months, the data from the National Weather Service’s Climate Prediction Center is for below-average precipitation from November 2022 through March 2023.

“The one thing that gives me some hope this year is the summer rainfall across Arizona and in much of the Basin,” he said.

“We hope this is going to aid soil moisture values,” said O’Malley. In the past two years, runoff efficiencies from relatively decent winter snowpacks have been poor, in part because of dry soil conditions on the Rocky Mountain watershed.

A wetter watershed could help reduce the notorious “dry sponge” effect that has caused snowpack to be absorbed into dry soil on its way to the Colorado River system.

They also heard reports from experts addressing the impacts of drought on hydropower, an update on last summer’s wildfire conditions and on Arizona’s forest health. Also, they received a heartwarming report from Jade Dickens of the Arizona Department of Game & Fish on recent efforts by the department and other wildlife advocates to assure animals in the wild have access to water supplies.