Water may seem simple. Its color is clear. The best kind of potable water doesn’t taste like anything. Its molecular makeup involves a simple combination of two hydrogen atoms joined to a single atom of oxygen – H20. What could be simpler than water? 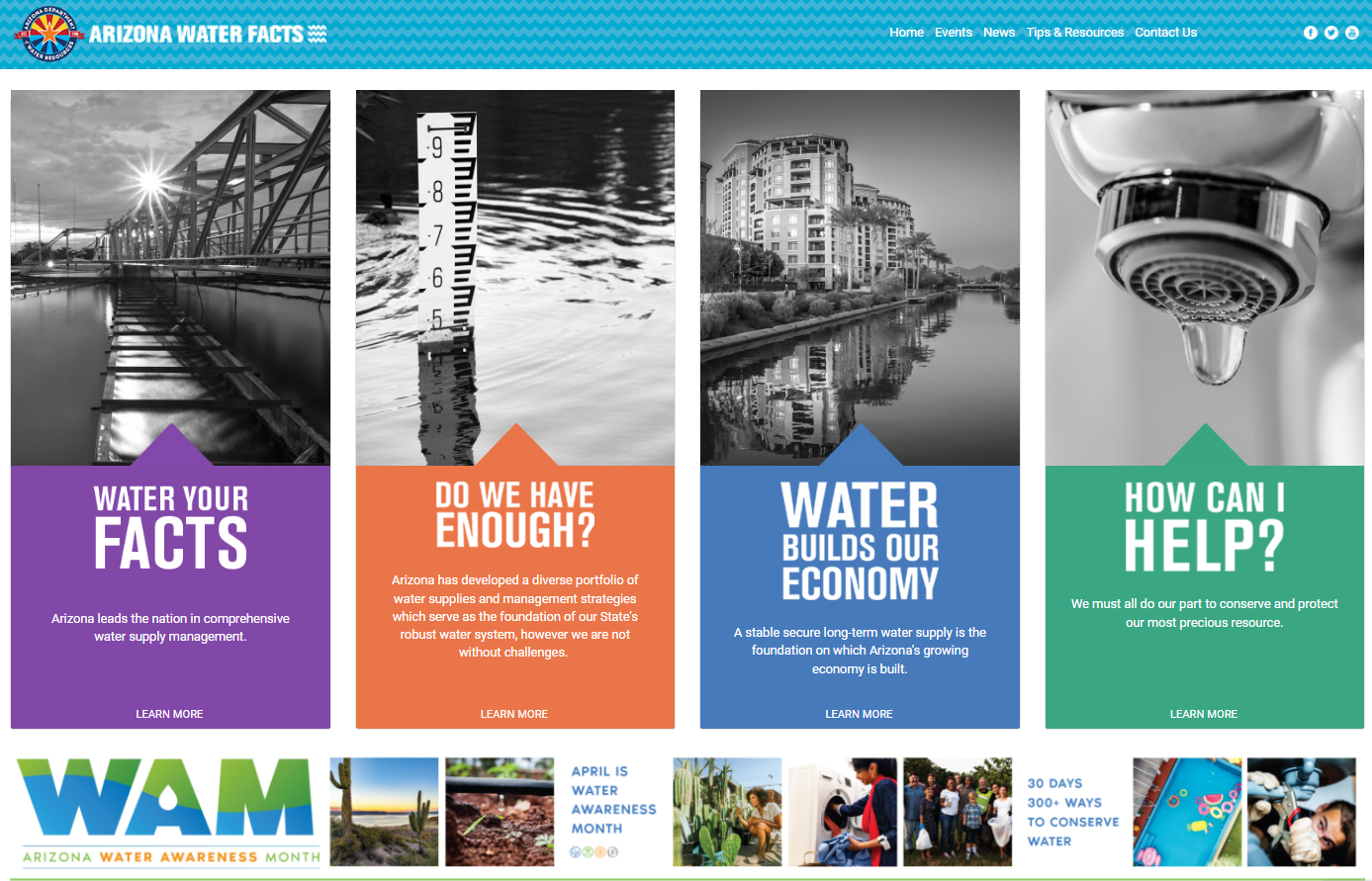 Events scheduled throughout April as part of Arizona Water Awareness Month are testament to the fact that few substances on Earth are more complex, in fact. At least in terms of the role that water plays in maintaining life and effectively designing our world both by its presence and its absence.

The Water Awareness Month website “is overflowing with ideas and activities to help you learn more about water conservation and become more aware of our state’s most precious resource, which is water,” said Ortiz.

One of the first WAM events this year – a discussion on the emerging approaches in hydrologic science that aid in water management decisions - demonstrates some of the impressive advances that hydrologists have made in recent years in their studies of the movement of water here in Arizona.

The Water Science Center is a wing of the Department of Interior and is one of over 100 “science centers” around the country operated by the USGS. Their mission is to do geological science to help improve decision making in U.S. resource management, according to Jim Leenhouts, the director of the Arizona science center. 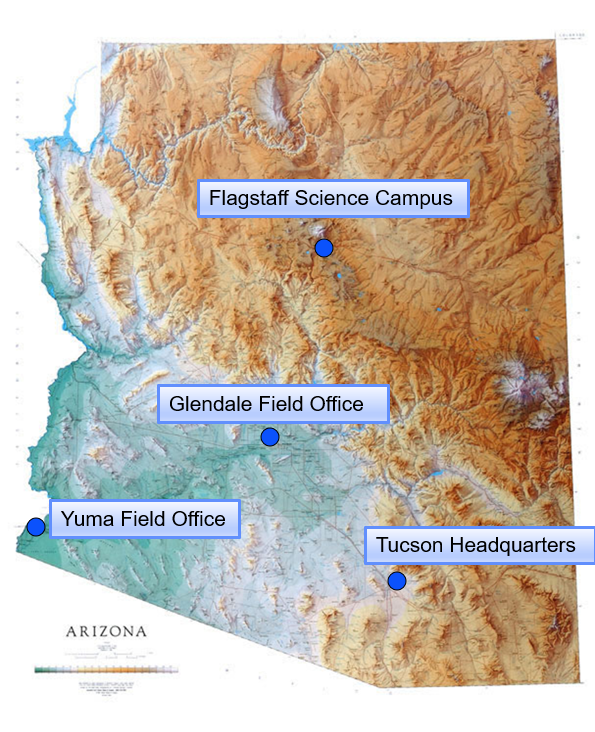 “We just do science,” said Leenhouts. “Most of our employees (in the Arizona center) are focused on the science that we do.”

Director Leenhouts gave an overview of the center’s mission, while Geoff DeBenedetto talked about innovative research systems developed recently, such as unmanned, aerial drones, while Jeff Kennedy of the USGS discussed microgravity techniques for studying streamflows.

“Streamgaging” - measuring and recording the amount of water flowing in a river or stream, or its discharge - is the most visible part of what the center in Arizona does, said Leenhouts. In addition, however, scientists from the center also study water-related issues such as drought, fissuring, groundwater development, subsidence and many other matters related to water, often in collaboration with researchers from other agencies, including ADWR. 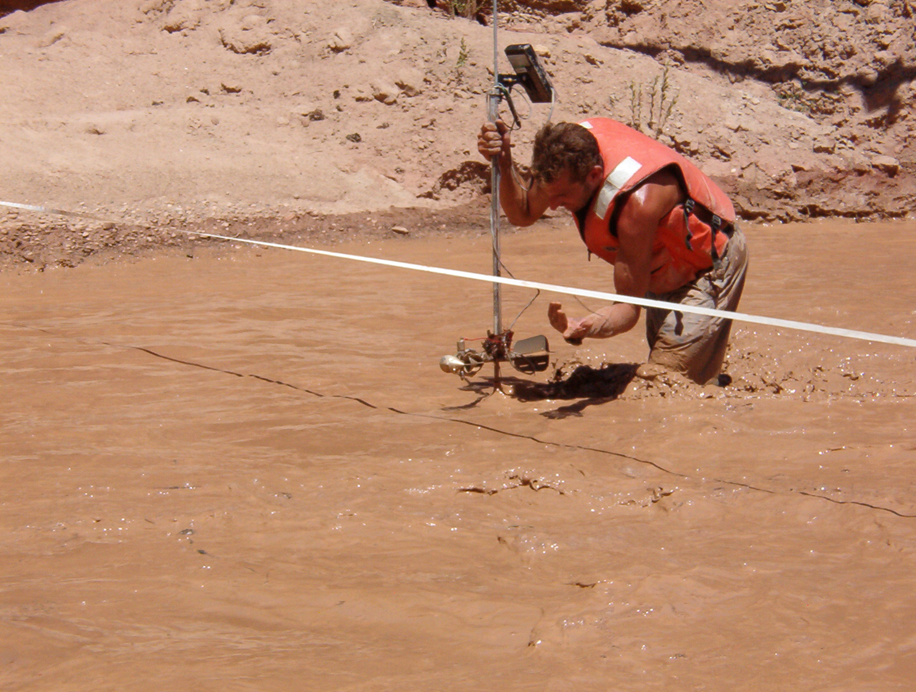 DeBenedetto of USGS described his “really cool job,” which, in fact, is really pretty cool indeed: developing new systems for researching streamflow and collecting scientific data, including the use of aerial drones. As DeBenedetto noted in his presentation, drones are not merely “cool.” They also allow scientists to do research – like studying the impact of floods – that by its nature presents a serious physical risk.

“Working on floods can be outright dangerous,” he observed.

Using drones, he added, allows scientists to see floods from a point of view they didn’t previously enjoy, and to gain entry to flood areas that otherwise would not be accessible to people on foot. 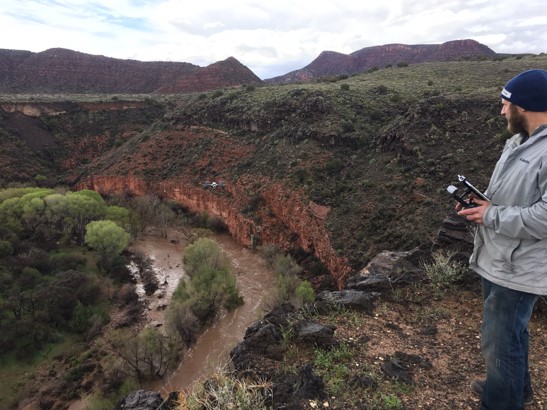 “This allows our staff to stay off of bridges and stay off of roadways that are inherently dangerous,” he said.

“We have these really sensitive instruments that allow us to measure these changes in gravity over time as they relate to groundwater storage,” said Kennedy.

Another recent Water Awareness Month event – an April 6 discussion of water conservation home technologies and appliances – can be found here. Again, the full calendar of events related to WAM can be found here.