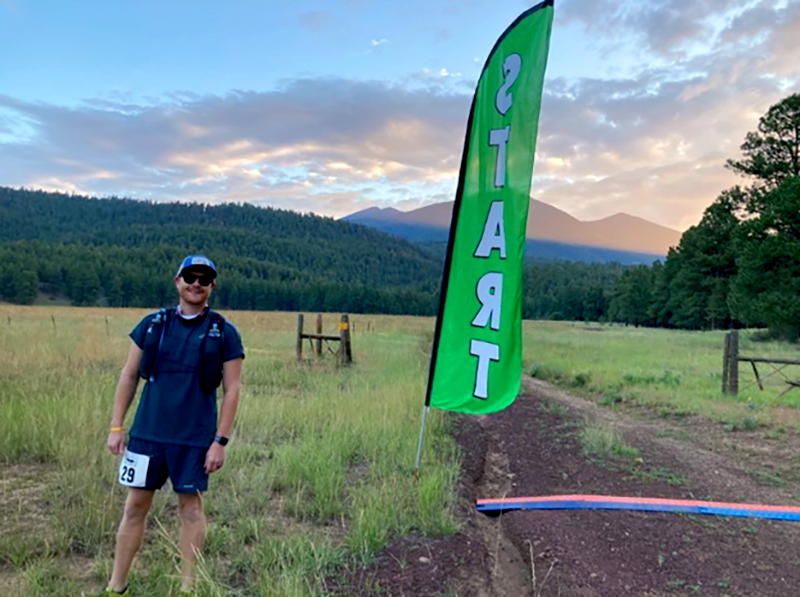 A few days after ADWR Water Resources Manager John Riggins completed a grueling ultra-marathon in northern Arizona, a colleague congratulated him on the feat.

“Wow, John! A 34-mile run through the mountains! That’s awesome.”

Modest to a fault, Riggins nevertheless was compelled to correct the record: “Actually, it was 100 miles. The 34-mile mark was a checkpoint where we took pictures.”

As a group, ADWR  boasts more than its share of high-performance athletes and fitness buffs, and John Riggins – a former U.S. Army Green Beret – is easily among the fittest of them. 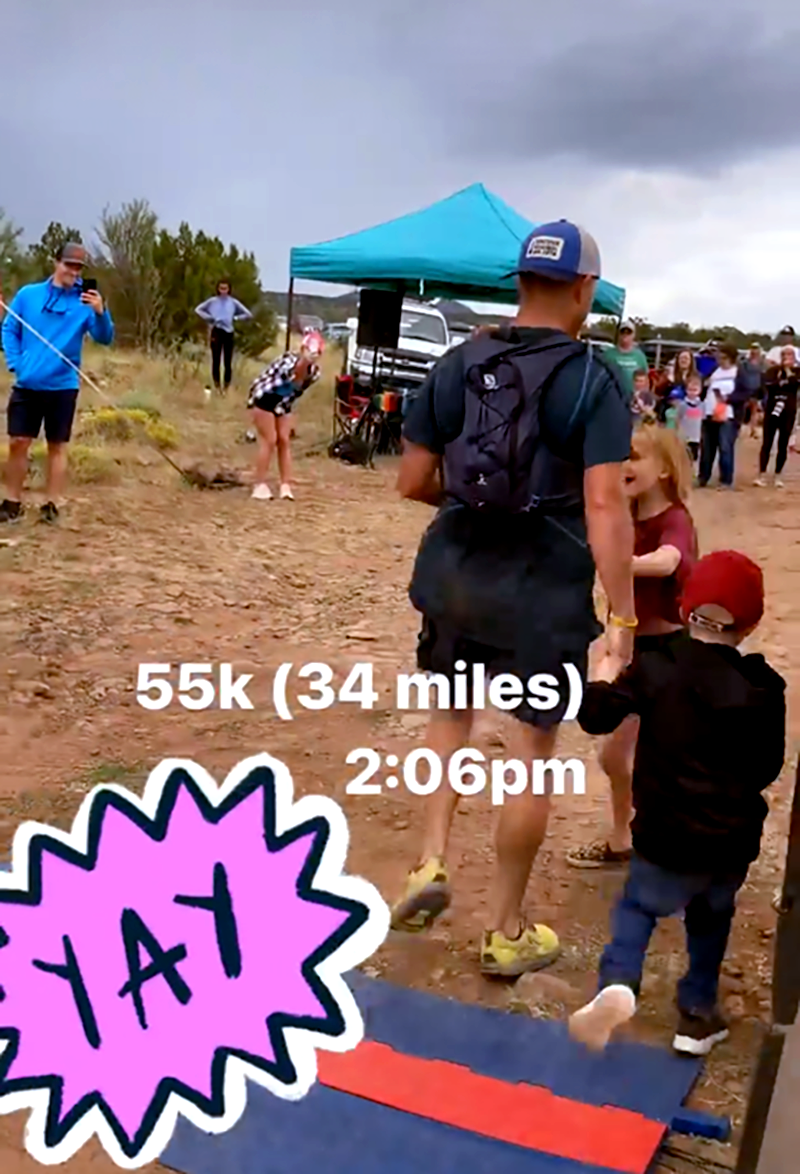 Sponsored by the Arizona Trail Association , the Flagstaff to Grand Canyon Stagecoach Line 100-Mile & Relay ultra-marathon is one of the organization’s toughest competitions. The race starts near Flagstaff at 7,500 feet of elevation and climbs another 1,300 feet over the first six miles to the race’s highest point.

“I started the run on Saturday at 6:40 am and finished on Sunday around lunchtime,” said Riggins.

The entire 100-mile course followed the Arizona Trail from the base of the San Francisco Peaks to the finish line in Tusayan.  Around mile 34, one of several thunderstorms hit, causing a lot of mud along the trail. John speculated that as many as half the race entrants weren’t able to finish because of the inclement weather. 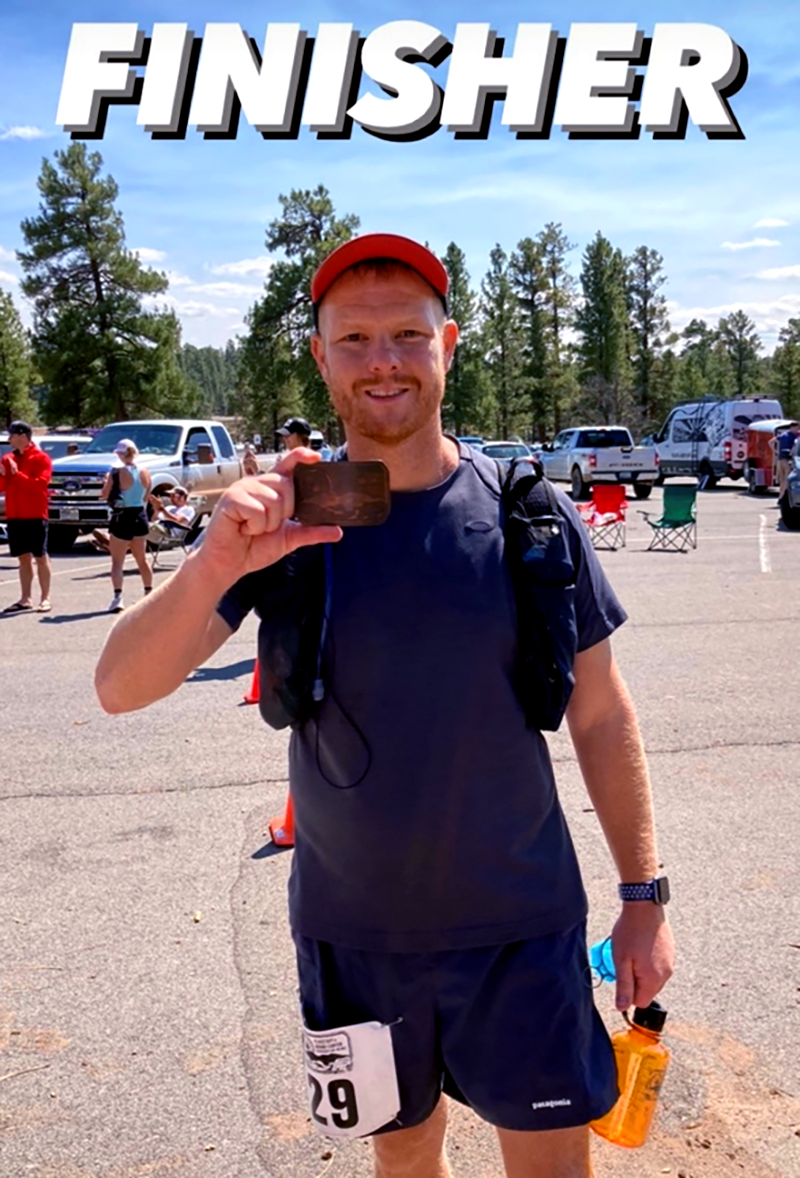 “Once the storms stopped and the trail started to dry out, the temperature dropped into the 40s!  Luckily, my crew kept the dry socks and soup coming and we powered into the next day.

“My sister paced me for the final 20 miles and kept me sane as the temperature climbed during the descent into Tusayan.  My wife and kids were there to welcome me at the finish where, after hugging the kiddos and getting my finisher award, I promptly passed out in a camping chair.  By the time I reached the finish line I had been up for nearly 33 hours, so I was ready for a good nap!”

“It was the coolest ultra I've done so far and had a blast sharing the experience with my family who crewed and paced me along the way.  My wife also had the idea to set up a fundraiser for my run though the American Cancer Society for Childhood Cancer and we ended up raising over $1,500 dollars during the race!”