ADWR is committed to making data about Arizona’s water resources as accessible to the public as possible. And, for that matter, as quickly as possible. Water analysts outside the Department often need fresh information about, say, groundwater conditions in certain regions of Arizona quickly.

Businesses need the data. Academic researchers need them. People work on deadlines, and very often they can’t wait for the release of the next deep-dive study to be published.  ADWR’s Hydrology division gets that. 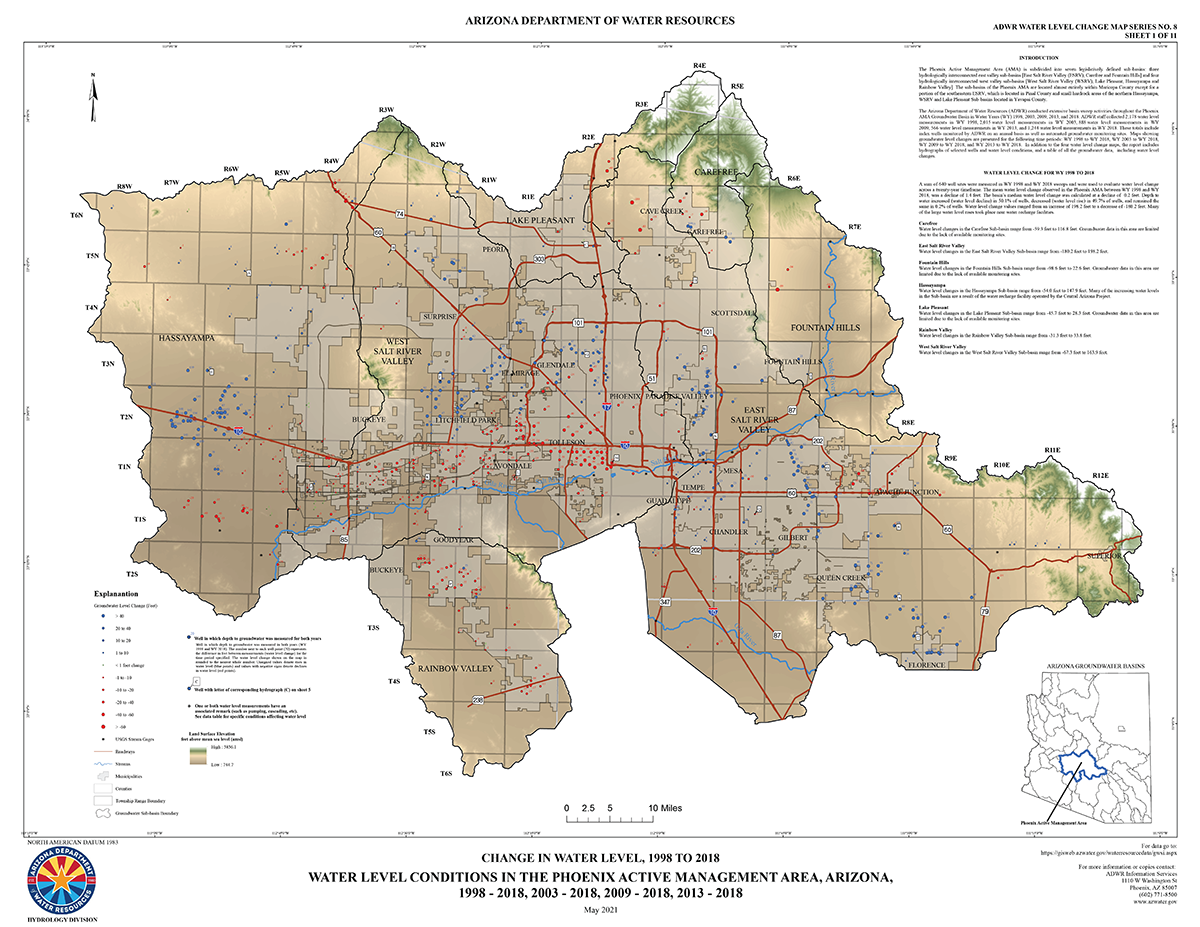 One of ADWR’s responses to that need for data has been its Water Level Change Map Series (WLCMS) reports, which are prepared by the Hydrology Division of ADWR. The maps are intended for quick release to provide hydrologic information and data to the public with only limited interpretation.

WLCMS reports typically include a map and a general overview of water levels and groundwater conditions within a basin or sub-basin between the last two periods of water level data collection.

The Department recently released a Water Level Change Map Series report on conditions in Arizona’s most populated Active Management Area, the Phoenix AMA, during the period between 1998 and 2018.

Hydrology Field Services manager Teri Davis recently spoke with Arizona Water News about the map, including discussing the data within and the thinking behind the Series of reports.