The advisory group that makes recommendations to Arizona’s governor about whether to continue a drought-emergency declaration opted in November to advise Gov. Ducey to stay the course and keep the declaration in place.

In the history of decision-making in Arizona, it may not have been the absolute easiest choice of all time. The Arizona Cardinals football team drafting quarterback Kyler Murray in 2019 probably still holds that spot. But it was close.

“Long-term, we’re not seeing anything on the horizon that would make us think we’re moving out of drier conditions,” said Tom Buschatzke, co-chair of the 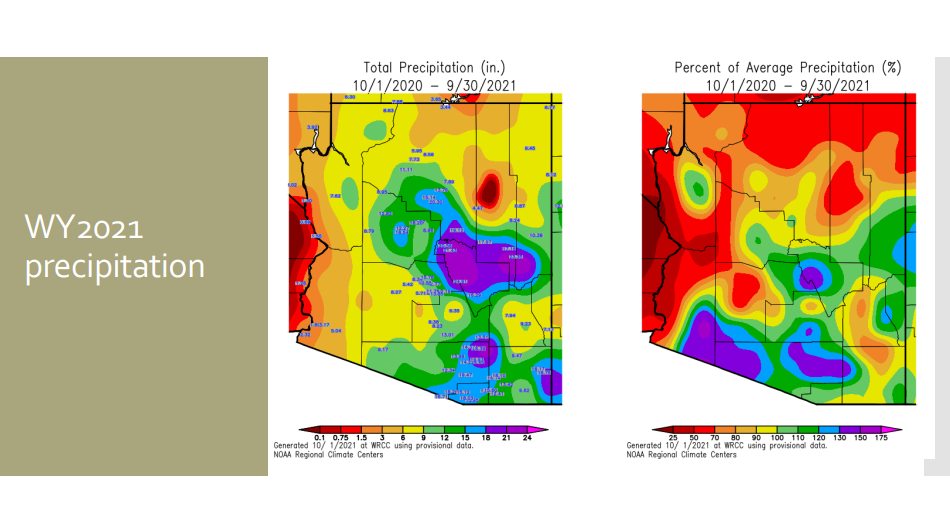 “All in all, it seems like pretty much of a no-brainer to continue the drought declaration. We will make that recommendation to the Governor.”

The Drought Interagency Coordinating Group has met biannually since 2006 to summarize the recent history of precipitation in the state and the Southwest and to assess expectations for rain and snow in the near future, as well as to render its recommendations on whether or not to maintain a drought-emergency declaration, which has been in place since June 1999. The group is composed of some 20 state, federal and tribal agencies. 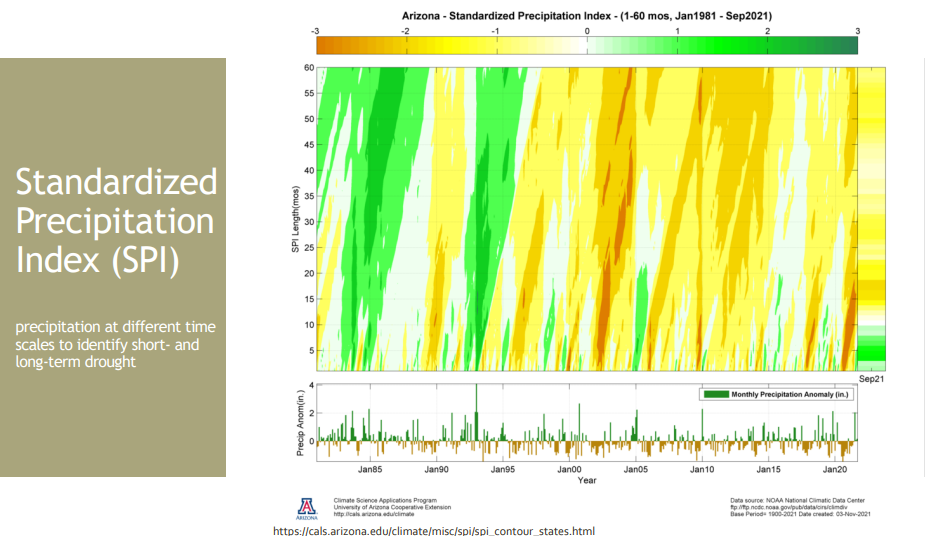 Arizona’s recently appointed State Climatologist Dr. Erinanne Saffell described the state’s precipitation levels for the past six months. That summary included the most positive news of the meeting --  a report on the generally strong summer monsoons.

Even that “good” news, however, came with qualifications, according to Dr. Saffell:

“Several areas, including Payson and Show Low, received their wettest monsoon on record,” she said. 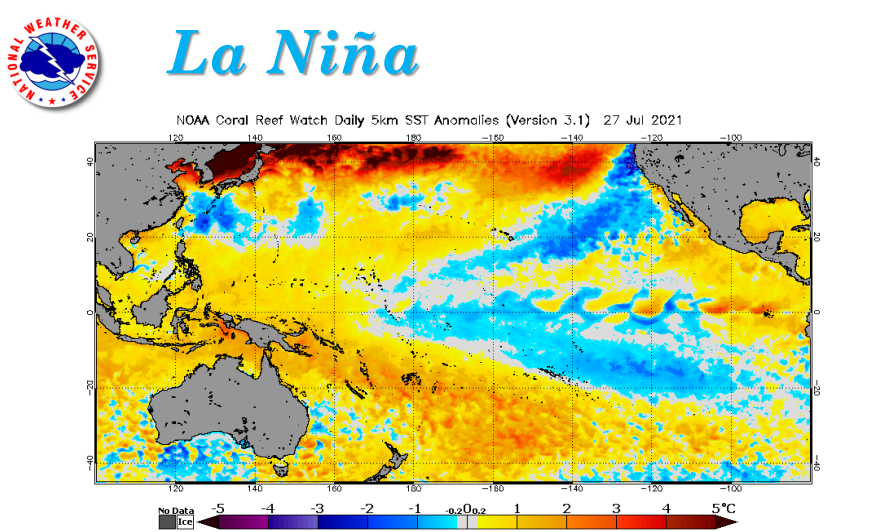 “But (the monsoon) only brought central and southern AZ counties to near-normal conditions. Mohave County, by comparison, experienced its tenth driest monsoon on record.”

Mark O’Malley of the National Weather Service provided the day’s most unwelcome news: Yet another “La Nina” condition in the Pacific Ocean, which produces cooler-than-normal ocean conditions, likely means the Southwest can anticipate its second-straight warm, dry winter. 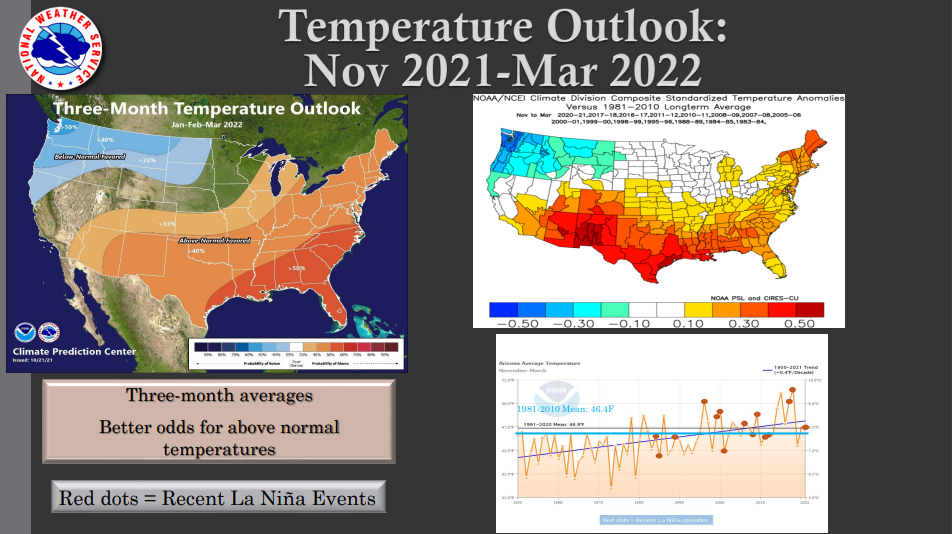 “We already are in a weak La Nina (condition) and confidence is very high that it will continue through winter,” said O’Malley. “There is better than a 90 percent chance that we stay in this condition through the spring.”

Rachel von Gnechten, ADWR’s Colorado River Management Section Water Resources Engineer, on current conditions of the Colorado River system; Stephen Flora, Senior Hydrologist at Salt River Project on the status of the SRP system of reservoirs; Forestry and Fire Management spokesperson Tiffany Davila on the recent history of Arizona wildfires and an outlook for next spring; and, Jason Hauter, attorney for the Gila River Indian Community, reporting on the tribe’s contributions to protecting surface levels at Lake Mead.