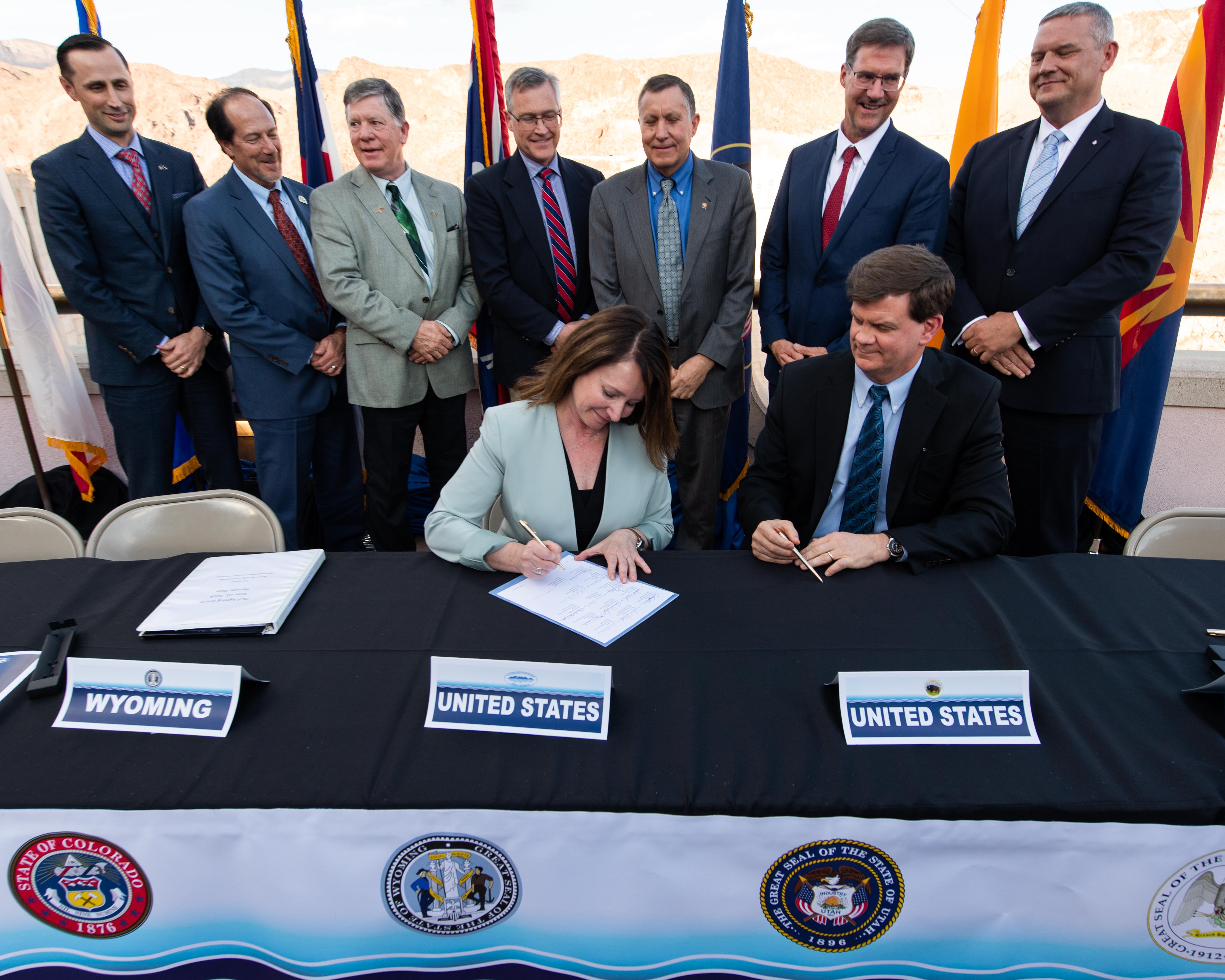 On a near perfect day in May, representatives of all seven Colorado River Basin States, the U.S. Department of the Interior and the Bureau of Reclamation signed the drought contingency plans for the Upper and Lower Colorado River basins. Together, the plans are designed to help stabilize the river system, and to help reduce the risk of the system reservoirs falling to critically low levels. The plans represent a tremendous degree of collaboration and compromise among the seven States, as well as by the system’s water users.

June 28, 2018: The unified effort to agree to an intra-Arizona DCP begins

In Arizona, the effort to pass the Drought Contingency Plans took on the urgency needed to propel it forward to the Hoover Dam signing on June 28, 2018, when the Director of ADWR and the General Manager of the Central Arizona Project released a joint statement declaring their commitment to bring “the Lower Basin Drought Contingency Plan (LBDCP) to closure in Arizona by addressing a broad range of issues that respect the concerns of all stakeholders across the state.”

On that same day, ADWR and CAP co-hosted a public briefing at the auditorium of the Arizona Historical Society Museum on the need for the DCP. They were joined there by U.S. Bureau of Reclamation Commissioner Brenda Burman. Before an audience of several hundred, they discussed how the risks to the Colorado River have increased from what was expected when the Interim Guidelines for Lower Basin Shortages were established in 2007. 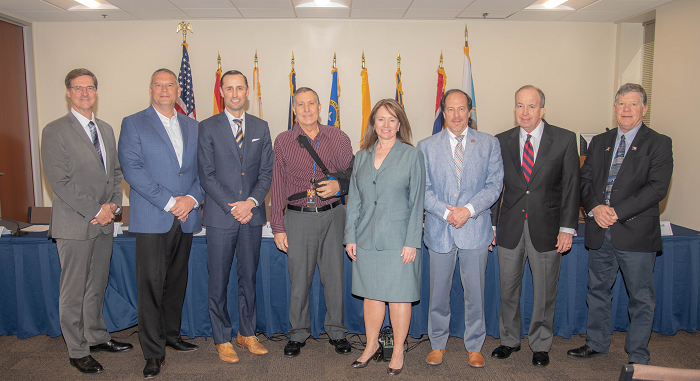 On March 19, 2019, the Governor’s representatives of the seven Colorado River Basin States and key water districts formally submitted Drought Contingency Plans to Congress for immediate implementation. “The Department of the Interior commends the Basin States and key water contractors on this important milestone. Given their successful efforts to reach consensus on the DCPs, the Department terminated its request for input from the Colorado River Basin States," according to Bureau of Reclamation Commissioner Brenda Burman.

The Basin States Letter to Congress and the Reclamation Rescission Letter are available for downloading.

Historic legislation ratifying Arizona’s Drought Contingency Plan (DCP) and marking the passage of one of the most significant pieces of water legislation in Arizona since the Groundwater Management Act of 1980 was signed by Governor Doug Ducey on Jan. 31, 2019. The legislation allows Arizona to join six other western states and Mexico in signing an inter-state water agreement and spells out ways Arizona will contribute to conserving more water from the Colorado River.

Since July 28, 2018, 40 stakeholders (DCP Steering committee) representing diverse interests from across Arizona have worked to develop what’s known as the Intrastate Drought Contingency Plan. The plan balances water reductions in the state to ensure no one user takes the entire burden.

Two bills that enable Arizona to ratify the Drought Contingency Plan are:

The DCP Exchange of Letters is available here downloading.

The Arizona Department of Water Resources (ADWR) and Central Arizona Water Conservation District (CAWCD) are committed to bringing the Drought Contingency Plan (DCP) to closure in Arizona by addressing a broad range of issues that respect the concerns of all stakeholders across the state. See joint May 3rd statement here.

The Upper and Lower Basin DCPs contain actions in addition to the provisions of the December 2007 Colorado River Interim Guidelines for Lower Basin Shortages and the Coordinated Operations for Lake Powell and Lake Mead and are available here for downloading.